CIET was happy to participate in the 2022 edition of the Globe Forum held from March 29 to 31 in Vancouver. This biennial event served as an opportunity for many (including CIET) to attend their first in-person conferences in over two years. Given that the forum was made available to participants either in-person or virtually, we were left wondering how many people would end up attending in-person prior to the event. To our surprise, for the first time in the forum’s history, in-person tickets were fully sold out. Furthermore, the event was given an extra push to its profile by the announcement of the Prime Minister (more on that below), as well as the attendance of several higher-profile politicians from all three levels of government.

The stated theme of this edition was Net-Zero, what must be done to set the course for attaining Net-Zero emissions in the near (2030) and long-term (2050) future, and the pathways available to get us there. Connected to this overarching theme, here are our three main takeaways from the forum:

1. If Canada is to reach its carbon reduction targets set during the Paris Climate Change Conference, the actual pace of Net-Zero projects needs to be fast!

During one session, it was pointed out that Canada needs to undertake thousands of assessments and deliver retrofit projects in both the residential (upwards of 40,000 houses/year) and commercial (more than 10,000 buildings/year) sectors to have a chance at meeting its 2030 targets. This represents A LOT of work to be accomplished!

It would also call on Energy Efficiency practitioners to play a major role in getting us there, both through residential energy assessments, such as those performed by Registered Energy Advisors, and Building Energy Audits, such as the ones a Certified Energy Auditor might conduct.

2. Realizing that they have a key role to play in any Net-Zero plans, this year’s forum focused on the inclusion of regional and municipal players

Aided by the participation of the Federation of Canadian Municipalities (FCM) as a main contributor to the event, the perspectives, opportunities, and gaps encountered by municipalities were illustrated more directly than we have seen in any previous iteration of the Globe Forum. Considering the role cities need to plan in upgrading buildings, homes, energy grids, and transportation networks and choices, their enhanced level of participation in this forum was important.

From hearing about Zero Emission Bus (ZEBs) systems in Laval, to the early successes of a Community Energy Financing program in the city of Edmonton, to the challenges faced by many cities for funding and scaling carbon emission-reducing programs and activities fast enough, there was a lot to learn from the municipalities’ perspective.

3. Likely perceiving the challenges within the program unveiled in 2019, the Prime Minister announced new funding ($9.1B) to help Canada meet its carbon reduction targets

Among other areas, the additional funding will go toward investment in electric vehicles and the necessary charging infrastructure to support them, retrofits to homes and buildings, and methane emissions targeting (especially in the Oil & Gas sector). While there is some skepticism around the pace at which the new funding will be deployed, how the energy grid will be restructured to accommodate an influx of EVs, and how the need for technology and workforce skill development will be accounted for, the announcement largely received a positive response.

To read more about the subsequent official announcement on the plan, click HERE. 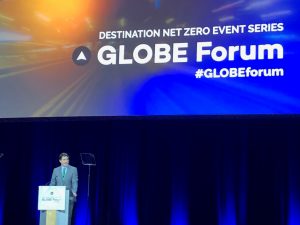 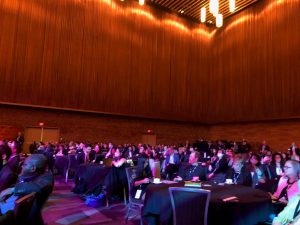 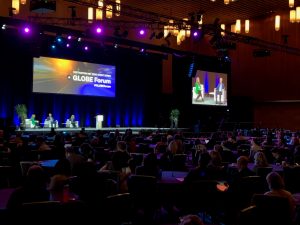