Behind the Poster: Designing an Effective Energy Awareness Program

Quick…when I say “energy awareness program”, what do you think? Posters? Presentations? Those little “please turn off when you leave” notes stuck by light switches?

If you did, you’re not alone…I can’t tell you how many times I’ve heard people equate energy awareness with a one-way flow of information. And while posters, presentations and stickers may play a role in an awareness program, if they’re playing the lead role, chances are they’re not worth, quite frankly, the energy (and money) you’re putting into them.

Unfortunately, there are no standard templates or quick fixes when it comes to energy awareness, and a good program will take time — there’s no way around it. But there are a few general ideas that I have found useful in raising awareness and engaging people around energy management.

All of these ideas (as well as the many we don’t have space to write about here) are connected. The way you apply them will be specific to you, your organisation, and the people you’re dealing with. It will take time and effort, but a good awareness program will pay off in the long run with an energy management program that’s more sustainable and ultimately, in my experience, more successful than one that does not incorporate awareness. 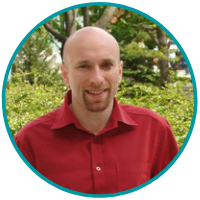 Ed Rubinstein is a trainer in CIET’s Certified Energy Manager (CEM) course. Ed is the Energy & Environment Manager at the University Health Network. He’s been leading the hospital’s many environment programs since 1999 and has helped UHN become a leader in greening health care. Both UHN and Ed’s leadership in the field of “greening health care” have been recognized by several awards, including from the Ontario Hospital Association, Natural Resources Canada, Practice Greenhealth and the Canadian Council of Ministers for the Environment.

With well over 100 virtual real-time courses delivered since the beginning of the COVID-19 crisis, and based on feedback received from more than 1,600 participants, CIET is happy to inform that all public training sessions offered this fall will be delivered through our virtual real-time classrooms.

This will allow everyone to continue to access CIET training in a safe manner, which protects both our participants and our trainers, regardless of what happens with the pandemic or public health measures. This allows you  the peace of mind to register for a virtual training course today, knowing that the training will be delivered with the same quality of training that you expect from an in-person CIET course. Also, keeping the virtual real-time training sessions will ensure that our full course calendar is available to all participants across Canada and abroad, regardless of geographical location.

REGISTER FOR YOUR NEXT VIRTUAL TRAINING COURSE TODAY!

You can find more information about CIET’s virtual training approach:

Through all these measures, CIET hopes to provide as much flexibility as possible to training participants while respecting its commitments to other participants, trainers and partners, as well as public health recommendations.

We thank you very much for your trust and collaboration and look forward to welcoming you in our virtual classrooms!